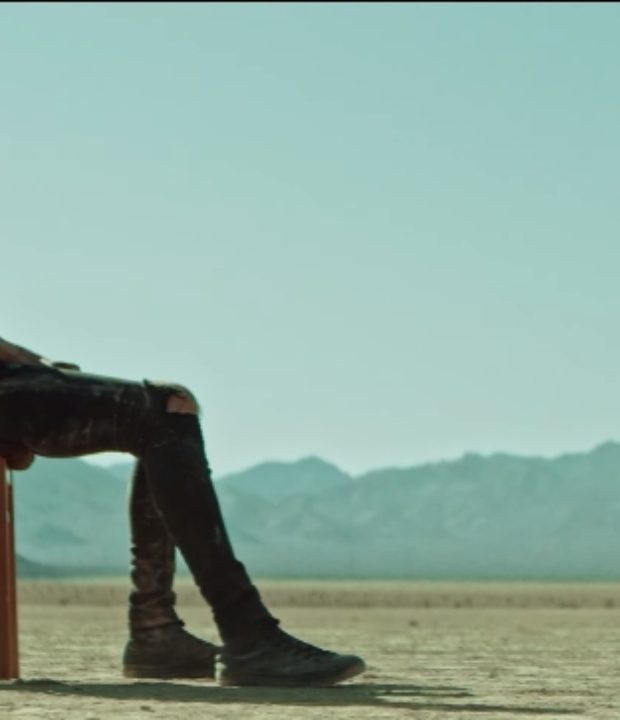 Leading the charge for the new generation of British metal, UK five piece The Raven Age have shared the video for their new single ‘The Face That Launched A Thousand Ships’, taken from the critically acclaimed album Conspiracy.

The video was shot under the searing sunshine in the depths of the Las Vegas desert, and unravels the emotive and powerful essence of the track, which has become a solid favourite from the album.

“The video is essentially a cryptic love story and the setting for the video had to reflect that! We are so proud of the end product and we collectively feel very happy with what we’ve produced”, comments vocalist Matt James.

Having just stepped off some of North America’s biggest stages during a three month stint this summer supporting Iron Maiden, the London based group are proving themselves internationally as a band deserving of a place amongst metal’s finest. Their fanbase continues to thrive worldwide and before gracing the stage on the opening night of the tour in Florida, The Raven Age signed a global deal with the innovative US company Explorer 1 Music.

“We’re mega excited about recently signing with Explorer 1 Music,” comments guitarist and band co-founder George Harris. “The traction in the States has been growing fast since the deal and we’ve seen a lot of radio support for ‘Fleur De Lis’, which has been amazing. The response over the pond is brilliant so far and we can’t wait to work with E1 going forward.

“From a three-month North and Latin American tour straight into a month European support with Alter Bridge and Shinedown, we can’t ask for more than that. What a great year of touring it’s been for us promoting our latest LP, ‘Conspiracy’

“On top of all that, we’re rounding off an epic 2019 with one last headline show in our hometown of London on Friday the 13th. It will be themed around ‘Noctem Mortis’ and the Black Death and we’re very excited to go out with a bang.”

2019 has seen The Raven Age reach huge new heights with Conspiracy demonstrating a new revived and re-energised era of the band, which has led to major support from leading metal publications across the globe including Kerrang, Metal Hammer, Powerplay and more.

“The Raven Age have managed to scale even greater heights. It’s an album of sheer brilliance, and it demonstrates a young band flowing with confidence and immense ability.”- Powerplay 10/10

“These guys have the potential to follow Alter Bridge and Bullet For My Valentine in heading for the summit of mainstream metal, and there’s no denying their credentials: This is riff-heavy, belligerent stuff.” – Loudwire

For a full list of upcoming tour dates and tickets visit: http://www.theravenage.com/tour

Stream the new album Conspiracy here or purchase it from http://www.theravenage.com/Conspiracy