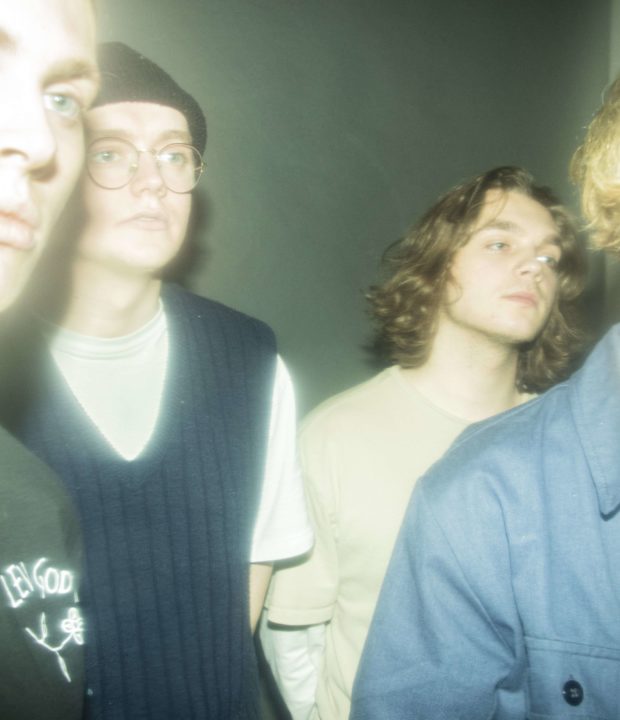 The video premiered with 1883 Magazine who described the song, “a gritty track that gets stuck-in-your-teeth and leans heavily on the punchy and noisy influences of the DIY underground scene prevalent in the 90s. But, as only This Daze can do, they give the track a modern spin, bridging an infectious chorus with a sound that’s reminiscent of garage rock.” The track also received its radio premiere with NRK P3 (the Norwegian equivalent to BBC 6Music).

‘Cigarette Smile’ is an angsty adolescent outburst reflecting fleeting feelings of passion in the blossoming dating stages. The track has been produced and mixed by Matias Tellez (girl in red) and it comes with a classic scuzzy fisheye rehearsal room video directed by August Strand. The chiming riffs, pounding bass and drums, alongside the call and response vocals in ‘Cigarette Smile’ recall the likes of Cloud Nothings, Pavement and Bully.

Regarding the single This Daze say, “‘Cigarette Smile’ is the colourful person outside the pub with a cig between their lips. The song portrays adolescent themes of distant love together with the figurative and literal fear of meeting each other. The lyric “pick me up in your painted life” represents the wish of getting swept up by the romanticised picture you make upon meeting someone for the first time. If this image is flawed or genuine it does not matter for young adults taking chances. This song for us encapsulates the feelings of youth and being young. We feel that both the lyrics, the attitude of our performances and the urgency of the song reflects being young.”

‘Cigarette Smile’ follows the release of ‘Skiptracing’ last year. The shoegaze anthem was immediately added to the playlist of NRK P3 and led Clash Magazine to describe it, “a taut, wiry guitar burner, with its innate pop instincts pushed to the limit. 'Skiptracing' puts Clash in mind of Yuck or even Dinosaur Jr. while still pursuing its own path.”

Since their inception as a band in late 2019, the fresh-faced quartet have made an impressive mark on the Norwegian indie scene and beyond. Their first ever gig was supporting punk rock legends Honningbarna at 1000 capacity venue Samfundet in their hometown of Trondheim.

In 2020 the band were chosen by NRK P3 as their ‘Unsigned Band Of The Month’, while also receiving acclaim from the likes of The Fader, The Line Of Best Fit and many more.

Now that restrictions are lifting the buzzy band are heading off on a club tour of Norway this month as they continue to take the indie scene by storm.

ACCLAIM FOR THIS DAZE

“Completely unshowy, a little snotty, intentionally as hooky as possible” - The FADER

“This Daze’s debut is a breathless and exuberant record that has the scuzz of The Strokes’ early stuff, but with a more righteous attitude” - Secret Meeting

“Irresistibly fun, with the band’s breezy, fuzzy sound recalling the likes of Wavves or early Cloud Nothings” - The Line of Best Fit

“The dejected emo curl in the vocalist’s intonation reminds me of CN’s Dylan Baldi, the stacks of fuzz and searing solo are quintessential Dino Jr., and the whole thing has a brisk garage rock revival sensibility to it that feels Strokes or Hives-adjacent to me” - Endless Scroll