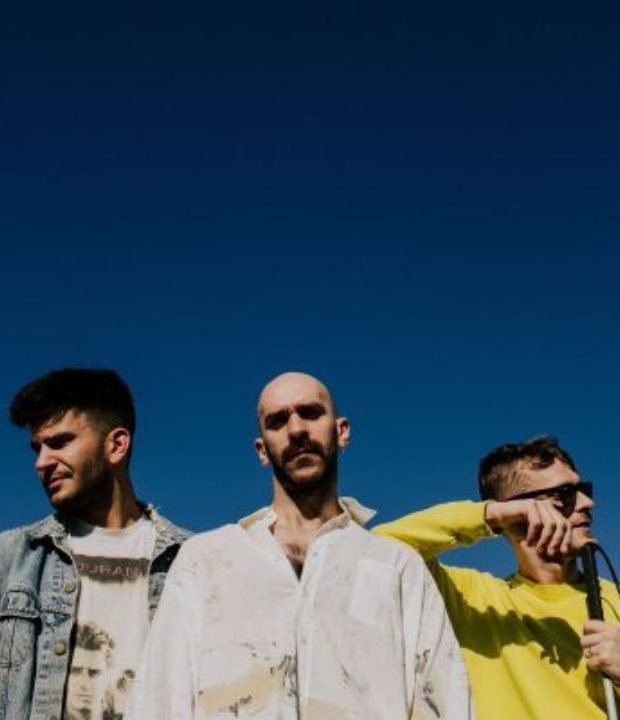 Multi-platinum selling rock band X Ambassadors will release their new EP, Belong, March 6th on KIDinaKORNER/Interscope Records. It features the brand-new song ‘Everything Sounds Like A Love Song’, which is available now

“’Everything Sounds Like A Love Song’ is a song about missing the love of your life,” says X Ambassadors lead singer Sam Nelson Harris. “When everything you see, hear, and smell reminds you of them, and how painful it can be witnessing beauty when your heart is broken. Like the universe is just playing tricks on you.

“With this song, we pay homage to some of our favorite artists-- Aretha, Marvin Gaye, Ray Charles, Joe Cocker, The Band, The Staples Singers-- all of whom inspired the sound / direction for ‘Belong EP’, co-written by the incredible Sam Romans, produced by X Ambassadors and Sean O'Brien, with arrangements by Lemar Guillary and Rosie Danvers.”

X Ambassadors are currently amid a tour of Australia and New Zealand and will head to Europe later this month which includes a run of sold out UK shows including the new London venue, set up by Ben Lovett of Mumford & Sons, Lafayette on February 22nd.

See a complete list of tour dates below. To purchase tickets and VIP packages for all dates visit https://www.xambassadors.com/tour.

With it, came the genre-defining hits ‘Unsteady’ and ‘Renegades’, a three-year global touring odyssey and a string of high-profile festival performances. X Ambassadors have also collaborated with some top names and more recently wrote and produced three songs on Lizzo’s Grammy-nominated album Cuz I Love You, including the song ‘Jerome’, which won a Grammy for Best Traditional R&B Performance.