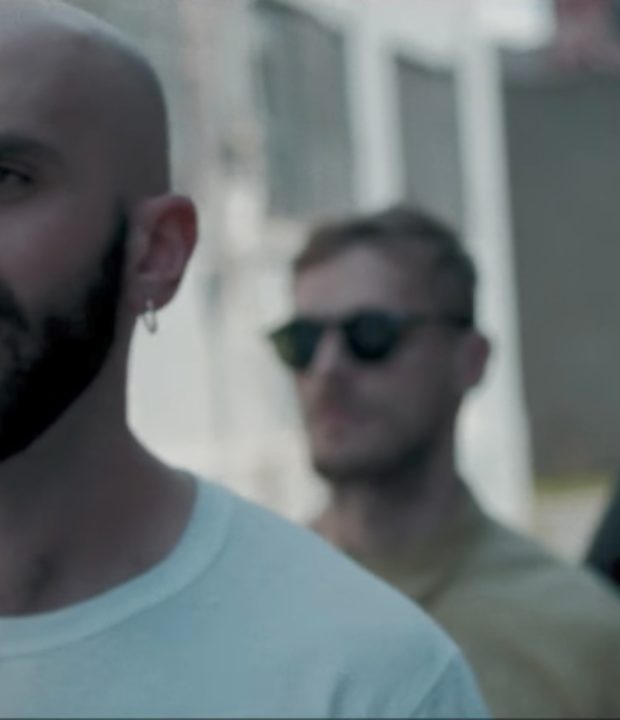 Following their triumphant visit to the UK last month where they pulled in one of the biggest crowds on the Radio 1 stage at Reading and Leeds Festival and sold out their headline show at London’s ULU, multi-platinum selling X Ambassadors have released the video for their new single ‘Ahead Of Myself’.

Filmed on the streets of Rochester, New York and directed by Jake Kovnat, the video features outstanding live vocals from frontman Sam Harris. He explains,“With the ‘Ahead Of Myself’ video, we wanted to take something that everyone takes for granted in music videos and turn that on its head. Instead of lip-synching along to the words, the vocals would be recorded live, in the moment.

We hoped to create something vulnerable and imperfect with this video, because that’s what the song is all about – embracing your fears and still diving in head-first.”

It is the lead single from their eagerly anticipated second album, which will be released next year, and was co-written with American multi-platinum selling songwriter, producer, and musician Scott Harris (Shawn Mendes, Chainsmokers).

The band premiered the track live on Late Night With Seth Myers and, on its release, was added straight onto Spotify’s UK and Global New Music Playlists as well as Deezer and Amazon’s Brand New Music UK playlists. It is now climbing up the Alternative Radio chart.

The band are now getting ready for their inaugural appearance Cayuga Sound Festival which will take place in their home town of Ithaca, NY on September 23rd. The festival also features performances by The Roots, K.Flay, The Knocks, Margaret Glaspy, Jukebox the Ghost, Tei Shi and more.