No one ever said international rock stardom was easy, but The Hunna have often made it look that way.

Their rise to global success has been meteoric: formed in 2015, their 2016 debut album, ‘100’, went gold and shot into the UK Top 20. The 2018 follow-up, ‘Dare’, climbed even higher, as The Hunna built a golden reputation for crafting instant rock anthems.

Live, they’ve always been one of the most exciting bands on the circuit, with an insanely devoted fanbase guaranteed to turn every gig and festival appearance into an unmissable event.

But, while things might have looked simple from the outside, behind the scenes they were often anything but. Having dealt with some well-documented issues with the management and record label behind their first two records, the Covid-19 lockdown tested them like nothing else – until a back-to-basics approach helped The Hunna deliver their greatest and most ambitious album yet.

When the pandemic engulfed the planet in March 2020, Ryan Potter (vocals/guitar), Dan Dorney (guitar) and Jack Metcalfe (drums) already had their excellent third album, ‘I’d Rather Die Than Let You In’, pretty much in the can. But it wasn’t actually released until October, when the live music blackout hit the band’s supreme ability to connect with their fans.

“We had our biggest ever tour planned,” sighs Ryan. “We were going to Asia for the first time, it was going to be a huge campaign – and then we had to release the album from our bedrooms and not do any of that!”

As the world moved online, the band’s team pushed them to do the same by embracing TikTok and working with outside songwriters who supposedly had their fingers on the streaming pulse.

“Everyone lost it a little bit because of Covid,” says Ryan. “Especially in the music industry; no one really knew what was working or what to do. We got passed around lots of different people to write songs for the album but, after a while, it just felt like we were being pushed and pulled all over the place. We weren’t feeling the songs, so we took the decision to change that situation ourselves. On this record, you can hear us taking back that control and the confidence coming through.”

So, after the band finally returned to the road in late 2021 to a delirious welcome, the three of them locked themselves away in Jack’s home studio, shut out all the outside voices, dug into their original ‘90s and ‘00s rock influences and stripped things back to The Hunna’s awesomely anthemic rock origins. They emerged with their best-ever set of songs and the belief to change things up.

So they cleaned house, switching to the UK’s premier rock management group, Raw Power (home to the likes of Bring Me The Horizon and You Me At Six), and signing a global record deal with super-independent Believe. And, crucially, as Dan points out, the new team allowed the band to “focus on the music and concentrate on what we do best”.

As a result, their new, self-titled fourth album bristles with the pent-up emotions that lingered through that long lockdown. Starting by giving the music industry both barrels on lead single, ‘Trash’.

A potent blend of anger and savage dark humour, it finds The Hunna taking pot-shots at the execs who told them “TikTok, TikTok or else you get dropped” and “Just don’t be yourself, ‘cos that’s wack” in the Beastie Boys-esque verses, before the punk rock chorus screams: “All they want is fucking money, money, money/They don’t care if hands get bloody, bloody, bloody”.

“We had so much fun writing the lyrics,” recalls Ryan. “All of us were together, joking around and letting loads out. Even though it has got an angst to it, we don’t take life too seriously, we’re just having fun.

“We’re not calling anyone specific out, it’s just overall industry suckiness. It highlights things we’ve experienced in the industry over the years and things we see going on and hear about now. There’s a lot of bad shit that still goes on in the industry and a lot of it gets swept under the rug. But we’re in the position where we’re on our fourth album, we feel refreshed and confident and this is what we’re going to say. You either like it or you don’t, it’s cool either way. We are who we are.”

And who they are, ‘The Hunna’ confirms, is one of the UK’s great modern rock bands. Produced by the legendary Gil Norton, it’s an album to sit comfortably alongside some of the classic records he’s worked on, from Pixies’ ‘Doolittle’ to the Foo Fighters’ ‘The Colour And The Shape’ and Jimmy Eat World’s ‘Futures’.

“We wanted to make a record of that calibre that would stand the test of time,” enthuses Dan. “Nowadays in the music industry, a lot of people put out songs just to jump on a trend for a quick minute. We wanted to do the opposite of that; really take our time to craft an album. Gil understood that vision and it’s come out beyond even what we envisioned.”

“I think the fans are going to really connect with it,” confirms Jack. “It’s us: completely open and raw – and it rocks!”

And so the album seethes with colossal riffs, irresistible melodies and memorable lyrics. There are post-lockdown anthems such as ‘Take A Ride’ and ‘Fugazi’ (“About being locked up and held down for too long until you say, ‘Screw it, for one night we’re just going to go balls to the wall, have the best time ever and not care about the repercussions,” says Ryan). There are relationship dramas as found in ‘Apologies’, which straps a wiry Weezer-ish soundtrack to its true-life tale of a fan who claimed to have slept with Ryan in order to make her boyfriend jealous.

And then there’s the orchestral glory of ‘Sick’, which features Fightstar’s Charlie Simpson (“That was a huge deal for us,” enthuses Ryan. “He’s a big inspiration”) and the intensely emotional album closer, ‘Untouched Hearts’, which deals with the personal losses Ryan has faced over the years.

“Sometimes, when I look at other people who haven’t experienced that, it’s like they’re untouched by anything that deep,” he says. “I wish that I could feel like that again.”

But there are also plenty of lighter moments on this multi-faceted album. Check out the cheeky lyrical references to celebrities and movie culture – reality TV star Justin Bobby and pop queen Miley Cyrus get namechecked in ‘Fugazi’, while the gigantic ‘Circles’ compares band life in lockdown to being a “Punk rock Truman in a one-man show”.

And then there’s the Mean Girls shout-out that runs through ‘You Can’t Sit With Us’, which documents The Hunna’s sometimes uneasy relationship with the various rock factions envious of their rapid rise.

“With some artists or people in the music industry, we get this vibe like we’re not cool enough to hang with them,” smiles Ryan. “There’s this specific clique which is kind of Mean Girls-y, you do get that in the music industry. You can’t sit with us? Well, fuck you, we don’t want to anyway, we’re doing our thing.”

For a while, The Hunna were a rare UK rock band capable of competing with the mainstream on its own terms. They welcome the genre’s return to more fashionable status, but warn that not everyone involved in the current revival is in it for the long haul.

“We’re pleased for the people who are doing it for the right reasons and are organically crushing it on the rock front,” says Jack. “If you’re original and true to your roots, you deserve all the success you get. But there are a lot of acts that aren’t rock, they’re just dressed up as rock.”

Ryan takes a pop at those artists as “Superficial wannabe, artificial rock” on the blistering ‘Take A Ride’.

“We’re a real band, we always have been,” he stresses. “We write our own songs, from the heart. We’re three best friends who’ve always lived 10 minutes away from each other. We just want to make music, say the things we want to say, have fun and be unapologetically us. If that’s not cool to some people, fair enough, but it’s cool to us.”

Indeed, it’s now surely time for The Hunna to get the respect they’ve always deserved. After all, the commitment to their band is such that all three members have the band’s logo tattooed on their skin. And, having been through so much, there’s no way they’re going to quit now. Even if, this time around, the band that’s always made it look easy have had to do things the hard way.

“From the very beginning, we’ve had aspirations to be one of the biggest bands in the world, and we definitely still believe in that,” declares Ryan. “This album is about pushing through the barriers, getting to the next level, playing to more people and having fun. That’s what we want: Hunnamania worldwide!” 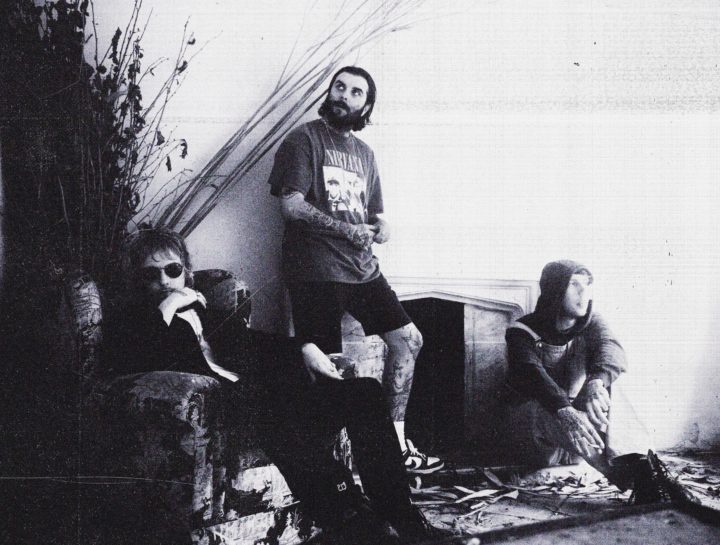 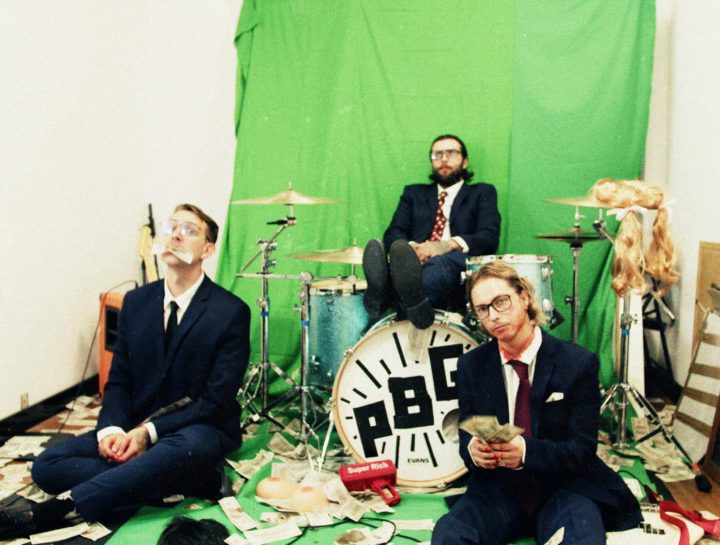