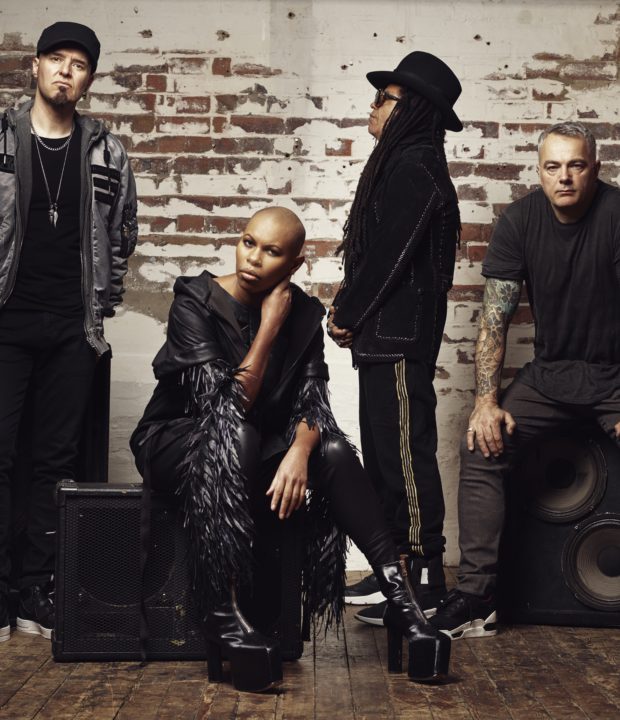 Iconic rock force Skunk Anansie are celebrating 25years together with the release of their new live album [email protected], available now via Republic of Music.

They are also excited to announce their return to the UK festival circuit with the news that they will be headlining this year’s Beautiful Days Festival in Devon on Friday August 16th. This will be the band’s first UK live show since 2017 and festival organisers DMF Music comment, "We are really excited to announce the electrifying Skunk Anansie to headline Beautiful Days 2019, especially during their 25th anniversary year".

The band themselves add, “We can’t wait to play the mega Beautiful Days festival. Currently we are in the process of putting a brand new show together and we’re excited to smash it for you all!”

Skunk Anansie will also be tearing up stages across Europe at the likes of Parkpop and Bospop in the Netherlands, Bologna Sonic Park in Italy alongside headliners Slipknot, and Vilar de Mouros Festival in Portugal, with more live news still to come.

Their exhilarating live shows are a hurricane of energy, noise and personality. They electrified the stage as Glastonbury headliners in 1999, sold-out arenas worldwide and have supported the likes of David Bowie, U2 and Lenny Kravitz to name but a few highlights.

The new album [email protected] showcases just some of these incredible live moments, proving why they have been hailed across the globe as one of the greatest live acts of all time.

The band have already shared videos for the versions of ‘Weak’, ‘Charlie Big Potato’ and ‘Hedonism’ taken from the album, which feature some of their incendiary live performances and unseen tour footage spanning throughout their career.

Since their formation in 1994, Skunk Anansie have become an undeniably important, cultural and musical force, creating their own unique style which went against the grain of the music scene’s homogenized approach in the 90’s.

Now in 2019, they remain as important and influential as ever, with vocalist Skin being honoured with the Inspirational Artist award at the 2018 Music Week ‘Women In Music Awards’ and featuring as one of the cover stars of Classic Rock magazine’s special She Rocks issue. The band have recently done major pieces with Kerrang magazine and last week did an exclusive DJ set at the Kerrang! x Rizla UK Basement Party.

[email protected] is a living, breathing, in-your-face document, proving that there is and always will be only one Skunk Anansie.

[email protected] is available in a variety of collector’s editions – signed deluxe CD, coloured vinyl box-set, a deluxe multi-format bundle, on cassette, with exclusive merchandise and more. Full details can be found at https://skunkanansie.tmstor.es/