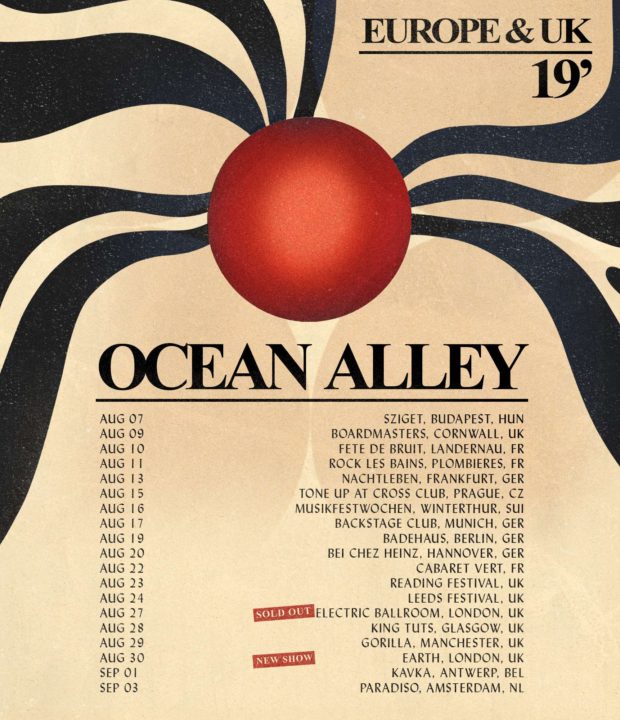 Due to overwhelming demand, Australian psych-surf-rockers Ocean Alley have added another London show to their upcoming UK tour in August, which also sees them play in Glasgow and Manchester.

After selling out the Electric Ballroom, the band have added a show at EartH on August 30th as well as announcing a full European tour. Tickets will go on sale at 9am on Friday (12th April) and will be available here.

“We’re stoked to announce our full run of dates for our return to Europe and the UK for August and September, including a 2nd show in London which is going to be wild. See you soon!” say the band.

The announcement follows the release of their new single, ‘Stained Glass’, the first new music from the band since the release of their momentous second album Chiaroscuro, which spawned the triple j Hottest 100 #1 and ARIA-accredited Gold single ‘Confidence’ and saw them sell out shows worldwide.

The band recently supported Tash Sultana across their native Australia and will be playing a slot at the Byron Bay Bluesfest this month. They then have a pit stop in Uluwatu, Bali before an extensive run of dates in the US and Canada during May, June and July after which they head to Europe and the UK for their run of headline shows and slots at Reading & Leeds and Boardmasters festivals.