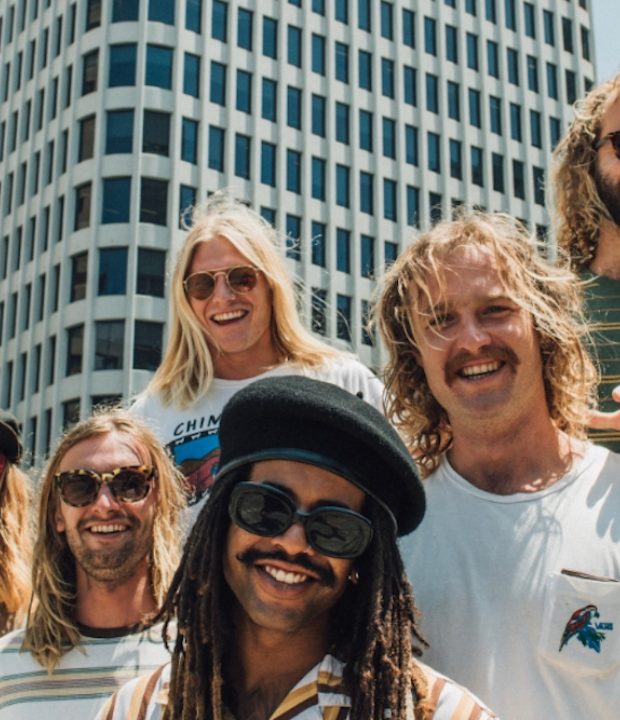 Fresh off the back of topping triple j’s Hottest 100 last month, Sydney’s Ocean Alley have released the sun-bleached new single ‘Stained Glass’. The track is the first taste of new music since last year’s momentous second album Chiaroscuro, which saw them which saw them sell out shows worldwide, spawned an ARIA-accredited Gold single and set up a massive 2019.

Moody and expansive, ‘Stained Glass’ fuses elements of blues and surf-rock, with Baden Donegal’s soulful voice lingering heavily over dreamy tones and swirling organs. As the harmonies and dense reverb simmer, the track launches into a multi-layered tapestry of emphatic, driving guitars paired with a hypnotic melody.

“Stained Glass is the first song we have written since the release of Chiaroscuro and began, as most of our songs do, with a chord and vocal idea for a verse that Baden envisioned,” say the band. “We recorded and mixed the track at the Grove Studios over two sessions with a focus on guitar tone and interwoven guitar parts – as has always been a staple in our production.

“In the early writing stages we realised it was a great platform to explore guitar production in its entirety and with the help of newly acquired equipment and instruments we were able to create a spacious arrangement using interjecting guitar parts and organ sounds to embellish the rhythmic guitar strumming.”

The band kick off an 11-date Australian tour supporting Tash Sultana tomorrow, before a slot at Byron Bay Bluesfest in April and an extensive run of dates in the US and Canada during May, June and July.