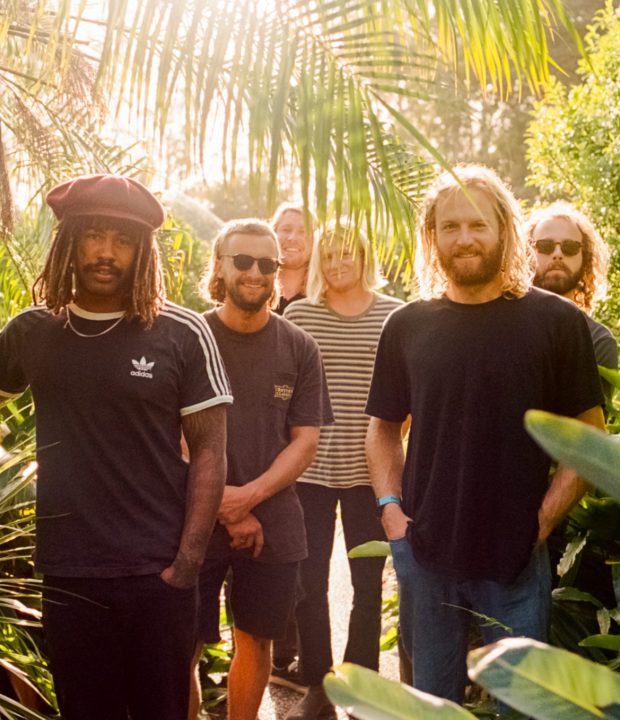 Ocean Alley are thrilled to announce their return to the UK and Europe with a huge tour in 2022.

The shows begin in Germany in early March, making their way across Europe before heading over to the UK for 13 shows, including a stop at London’s Roundhouse. Tickets for the shows are available here from 10am, Friday September 17th.

After countless sold-out shows and festival appearances across their native Australia, including Summer Sounds, Greatest Southern Night and Next Exit Festival, the tour will serve as the first opportunity for international audiences to experience the band’s ARIA-nominated third album Lonely Diamond live in the flesh.

In the time between shows, the band have dedicated their time to ongoing work with long-time community partners One Eighty, Cerebral Palsy Alliance and Red Dust, plus a raffle back in May for the towns impacted by Tropical Cyclone Seroja that saw $11,884.71 raised by their fans and matched by the group for a total donation of $23,769.42 to the Lord Mayor’s Distress Relief Fund.

Speaking about the forthcoming tour, guitarist Mitch Galbraith said, “After missing out on touring Europe and the UK last year and this year, we are looking forward to getting over and playing live again in 2022. We are yet to perform our latest album ‘Lonely Diamond’ overseas, and we have been working on a new light show and live experience during our time off the stage. We’ve got more new music in the works which could make an appearance as well… Most of all, we are looking forward to catching up with old friends and making new ones. Hope to see you at the show!”

Australia’s beloved psychedelic-surf-rockers Ocean Alley have spent the past decade creating a unique lane for themselves as a proudly independent band. 2020 saw Ocean Alley debut at #3 on the ARIA Album Chart with their critically acclaimed third album Lonely Diamond. It follows the success of 2018’s breakthrough Chiaroscuro which saw the six-piece propelled into national prominence with their double platinum-selling single ‘Confidence’ that took out #1 in triple j’s Hottest 100 of 2018.

Despite sold-out international tours and major festival appearances including Reading & Leeds, Splendour In The Grass (AUS) and Sziget (HU) under their belt, plus more than 400 million catalogue streams worldwide, they are still constantly pushing their own boundaries and defying expectations of what their music can be.