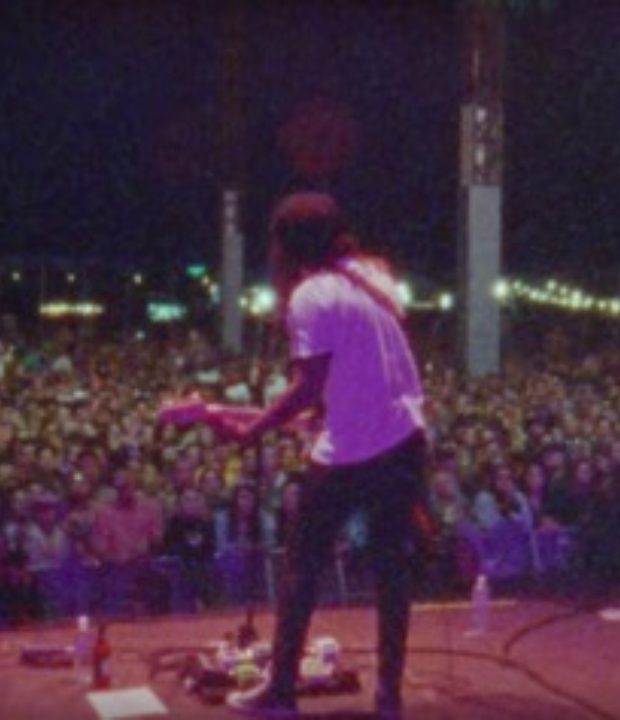 Beloved Australian funk lords Ocean Alley have revealed the reflective new video for their latest single ‘Tombstone’, launching them into the new decade with style.

Shot on Super 8 film by long-time collaborators The Sauce, the video chronicles standout moments from the 12-month journey of Ocean Alley’s breakthrough year. The band explained, “The last 12 months on the road around the world has been incredible. We thought a four minute wrap of our time seeing new and familiar places and faces was the perfect accompaniment for ‘Tombstone’”.

The intoxicating ‘Tombstone’ is passionate and heartfelt, the catchy chorus and floating melody strongly juxtaposing the sombre and reminiscent lyrics. The track was released in December, written and recorded during short stints in-between the bands relentless touring schedule and followed previous singles 'Stained Glass' and 'Infinity' which were eligible for the world’s largest music poll – triple j’s Hottest 100 of 2019 – charting at #54 and #24 respectively.

Rounding out 2019 with 30 sold out performances around the world after playing their biggest international shows to date, the band gave a career-defining performance at Australian mainstay festival Splendour In The Grass, as well as electric sets at Reading & Leeds Festival (UK) and Sziget Festival (HU) to name a few.

Another achievement on the live music front was the curation of the sold out, inaugural A Day For The Beaches – a community event the six-piece held on Sydney’s Northern Beaches to raise money for local charities and to support their hometown. To cap things off, their smash hit single and triple j’s #1 in the Hottest 100 of 2018 ‘Confidence' saw the band receive their first ARIA Award nomination for Song of the Year.

The six-piece have two albums under their belt, Lost Tropics (2016) and the critically acclaimed Chiaroscuro(2018)which peaked at #11 on the ARIA Chart and spawned the triple j Hottest 100 #1 and ARIA Top 10 Double Platinum certified single ‘Confidence’, that was nominated for ARIA Song of the Year in 2019.

Having surpassed 200 million catalogue streams, as well as achieving the impressive feat of attaining more than 1.2 million monthly Spotify listeners, Ocean Alley continue to captivate audiences worldwide with their infectious blend of psychedelic surf-rock, selling out a slew of shows at home and abroad, plus performing festivals including Falls Festival (AUS), Reading & Leeds Festival (UK), Sziget Festival (HU) and Rhythm and Vines (NZ).