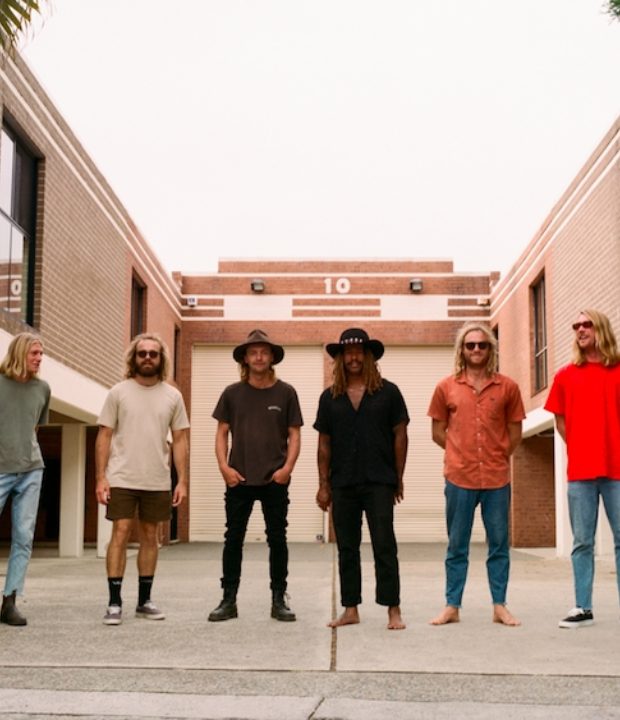 Ocean Alley have shared a new ‘In The Studio’ video for their single, ‘Hot Chicken’, taken from their brand new album Lonely Diamond, out now.

The album has been met with widespread acclaim with glowing reviews from the likes of NME and Rolling Stone Australia, as well as a spot in the Top 3 of the Australian album chart. The new video sees the band performing one of the album’s stand-out tracks in a live showcase of their innate musical dexterity and immersive groove.

Lonely Diamond's conception and progression was chronicled with the Constructing The Diamond video series, which gave a behind-the-scenes look into the band’s studio jam sessions, featuring previously released singles 'Stained Glass', 'Infinity', 'Tombstone' and 'Hot Chicken', as well as previewing album highlights such as 'Way Down' and 'All Worn Out.'

While much of Ocean Alley's allure stems from their cruisey, laid-back swagger, the core themes of the album provide a darker snapshot of the impact that life on the road can have, exploring feelings of escapism and isolation.

Produced by long-time collaborator Callum Howell at the idyllic Grove Studios (built by INXS’ Garry Gary Beers), Lonely Diamond has been awarded triple j's coveted Feature Album and The Music's Album of the Week. It follows the success of Ocean Alley’s acclaimed second full-length LP Chiaroscuro, which propelled the band into national prominence and saw them sell 25,000 tickets over 15 sold out shows that year in Australia alone – culminating with their ARIA nominated, double platinum-selling single ‘Confidence’ taking out #1 in triple j’s Hottest 100 of 2018.

Their breakthrough year was backed-up with 30 sold out shows around the world in 2019, plus major festival appearances at Reading & Leeds Festival (UK), Splendour In The Grass (AUS), Sziget (HU), BottleRock (US) and more, with the band amassing more than 260 million streams to date.