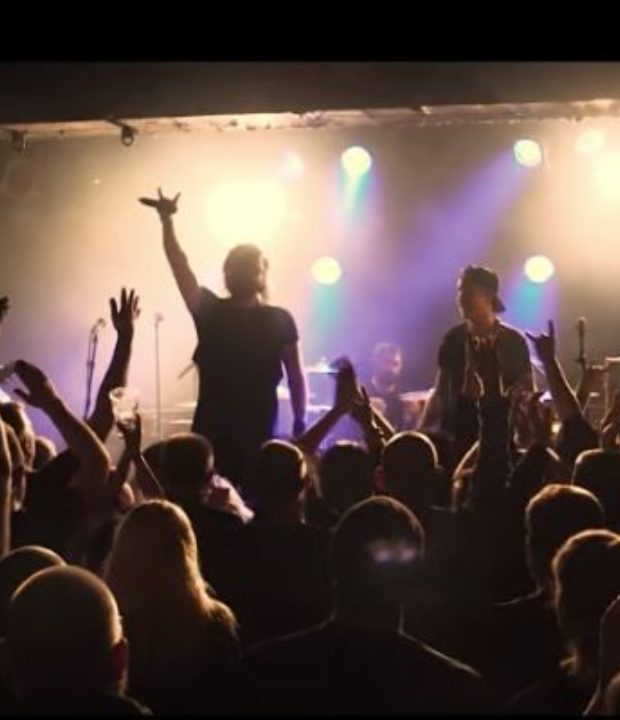 One of this generation’s most promising metal acts The Raven Age are releasing their brand new album Conspiracy on March 8th via Corvid Records.

"The Raven Age have managed to scale even greater heights. It’s an album of sheer brilliance, and it demonstrates a young band flowing with confidence and immense ability.”- Powerplay 10/10

The 12-track masterpiece boasts their biggest statement yet, hitting the mark for melodic metal with power, ambition and maturity that’s been receiving high praise from the likes of Metal Hammer, Kerrang and Powerplay.

The band have now shared the video for the latest track taken from the record ‘The Day The World Stood Still’, which is a charismatic film formed of footage from their time on the road supporting Tremonti across Europe in 2018. It premiered with Metal Hammer who dubbed them “Brit metal heroes” and is an inside look at the five personalities who form The Raven Age collective.

“It’s a track that our new guitarist Tony brought forward and it quickly became one of our favourites to play”, comments co-founder and guitarist George Harris, “It's a hard hitting, groove orientated song with loads of catchy melodies, cool guitar work and also one of my favourite drum beats from Oats (Jai)...so hats off to Tony for writing this belter."

‘The Day The World Stood Still’ is a melodic metal monster that is as brilliantly catchy as it is artfully heavy, it’s equipped with epic guitar solos and powerful vocal lines that have the ferocity and theatrics of the likes of metal heavyweights Avenged Sevenfold.

The track reflects on some of the personal challenges they face during their relentless life on the road and how the passion for what they do helps to overcome these inner battles, “It was written whilst on tour,” says Tony, “it’s about being in a constant battle with your own mind, delving into dark places you didn't know you had. Simple things like sleep become a challenge when your mind's working on overdrive and it seems there's no light at the end of the tunnel. The fact that I was able to turn this into something positive and create music out of it was the escape I needed at the time to get me through it."

It follows the tracks ‘Surrogate’, ‘Betrayal of the Mind’ and previous single ‘Fleur De Lis’, which has now reached over 1million streams on Spotify.

Named after a collective of ravens, Conspiracy is a cryptic soundtrack to the immersive fantasy world which the combined minds of bandmates Matt James (vocals), George Harris (guitar), Tony Maue (guitar), Matt Cox (bass) and Jai Patel (drums) have created; a world that delves into history’s myths and legends, with the stories re-told through their music and imagery. Clues left within their artwork and lyrics connect everything together to be part of a bigger story, pointing to what may later come to pass for The Raven Age. Metal Hammer dubbed it a “superb revival” following their 2017 debut The Darkness Will Rise.

Having already built a solid live presence after touring the globe with the likes of Tremonti, Killswitch Engage, Shinedown, Mastodon to name a few and appearing at a number of festivals including Waken Open Air, Bloodstock and Download, they will be supporting this release with their biggest headline run to date across the UK and Europe throughout March and April with support from Defences.

They will then continue the year as support to Iron Maiden on their North and South American leg of the ‘Legacy Of The Beast’ tour from July to October.