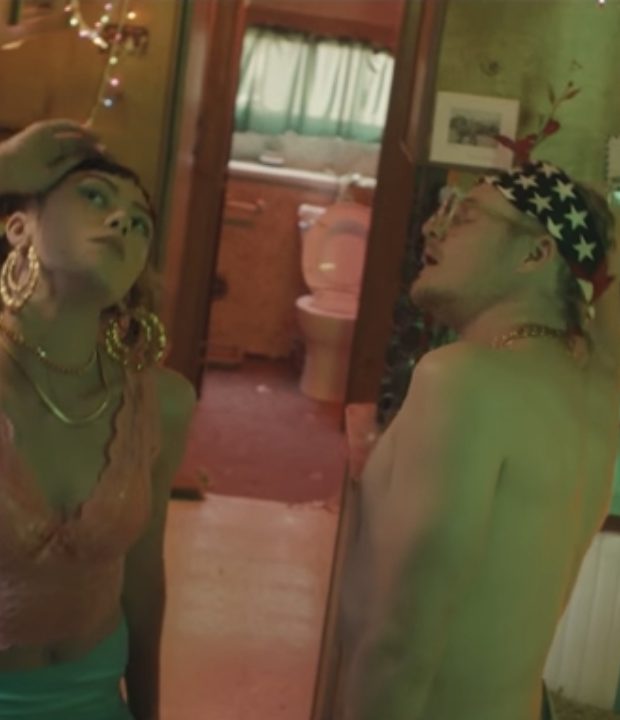 Following the release of her latest album 'Every Where Is Some Where' - alt-pop/hip-hop artist K.Flay is back with the official new video for her current single ‘High Enough’, as well as two sold-out UK shows at the Camden Assembly at the end of June.

Directed by Lorraine Nicolson, she explains "The ‘High Enough’ video is an unconventional retelling of a universal theme: music’s ability to unite us despite our differences. A great song can cut across cultural boundaries better than language can, and I think K.Flay’s new track has that kind of power. For our team, it was important the video retained a sense of playfulness, which was made possible by the nuanced performances of dancers Savannah Harrison and Scott Hislop as choreographed by Andrew Winghart.”

Talking about the single, K.Flay declares “There are so many songs out there about getting fucked up,” she says of the song’s inspiration. “I think a part of me was asking the question: ‘What if I’m already high enough? What if I don’t need anything but what I’ve got?’ There are many moments in my life—whether it’s because of a person or a place—that I don’t want to feel altered or high or buzzed. I just want to feel exactly what I’m feeling.”

As well at K.Flay’s two sold out UK shows at the end of June, Starting on September 26th, she will be joining Imagine Dragons as support for an incredible 31-date stretch across North America.

Since making her debut in 2010, K.Flay has spun fearlessly detailed lyrics that show the bright and dark of the world in her head. For her second full-length Every Where Is Some Where, the L.A.-based singer-songwriter delved deeper into introspection while adding an element of political commentary. The result is her most deliberate and dynamic work yet, a thrillingly vital album that channels the frenzy and anxieties of today’s world but ultimately exhilarates. According to K.Flay, “each song on the record is about creating a different kind of meaning out of a different kind of something,” she explains. “Even the dark places are places. You’re still somewhere.”

K.Flay is the first signing to Interscope imprint Night Street Records, founded by her friend and collaborator, Imagine Dragons' front man Dan Reynolds. Every Where Is Some Where features production from some of pop music’s heaviest hitters, including Mike Elizondo (Fiona Apple, Regina Spektor, Skylar Grey, Twenty One Pilots) and Tommy English (BØRNS, Andrew McMahon in the Wilderness, Ladyhawke), amping up the album’s defiant spirit with a densely textured yet gritty sound. “After Life as a Dog I was listening to so much late-’90s/early-’00s rock,” says K.Flay, referring to her 2014 full-length debut. “I was absorbing the energy of people like Karen O, Shirley Manson, and Emily Haines and feeling totally inspired by it, so there’s lots more live guitar, bass, and drums on this record.” The new record also deftly infuses that same raw intensity she’s revealed in touring with such artists as Passion Pit, Icona Pop, Awolnation, and Theophilus London.