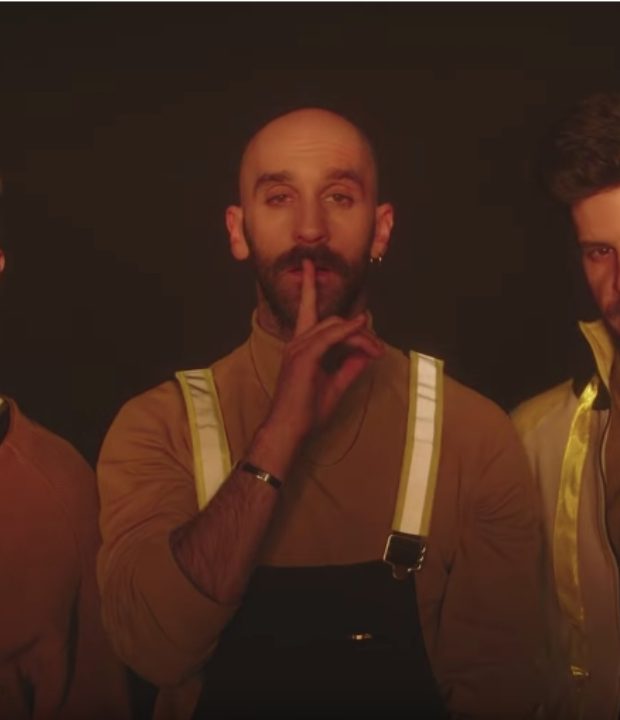 X Ambassadors are coming to the UK next month to play a headline show at London’s Scala on April 29th.

It will be the award-winning trio’s only UK show forming part of their European run in May.

Having started the year off by releasing their funky, indie pop-rock banger‘BOOM’, they’ve now shared the yellow and black soaked video, which was directed by award-winning filmmaker and actor Tess Elliot.

Co-written by the band and produced by Ricky Reed (Twenty One Pilots, Leon Bridges), 'BOOM' is a song about recovery and revolutions. As its beat rocks, personal demons and toxic relationships recede in the rearview mirror and the accompanying video depicts this strong message.

The artwork for the track is written in Braille and designed in a yellow-on-black sleeve. For Casey Harris, the band’s keyboardist, who was born blind, it is the first physical manifestation of his work which he has been able to experience visually and is creatively re-interpreted in the video with the use of lights.

Having clocked-up over 4.3million streams on Spotify, ‘BOOM’ is a popping, lyrically resilient track and an exciting taster of what to expect from their upcoming album due later this year.

That eagerly anticipated second installment is the follow-up to the 2015 gold-certified, breakthrough album VHS, which spawned the multi-platinum selling singles ‘Renegades’ and ‘Unsteady’ and led the band into the mainstream consciousness and a global touring frenzy.

Formed of Sam Harris, his brother Casey and Adam Levin, X Ambassadors’ superb live performances took UK audiences by storm and in 2017 appeared at Reading and Leeds festivals performing to a pack-out crowd on the Radio 1/NME before selling out their headline show at London’s ULU. Last year they returned to London’s Brixton Electric during their massive three-month voyage across the US and Europe and are thrilled to be back in the city next month for another incredible show at Scala.

Renowned for delivering huge, hook-laden pop hits shaped by Sam’s exceptional vocal and songwriting skills and the band’s flawless instrumentation, the new album will see an evolution of X Ambassadors sound designed for 2019 and beyond.

Tickets for their European tour are on sale now and available to purchase here: https://www.xambassadors.com/tour