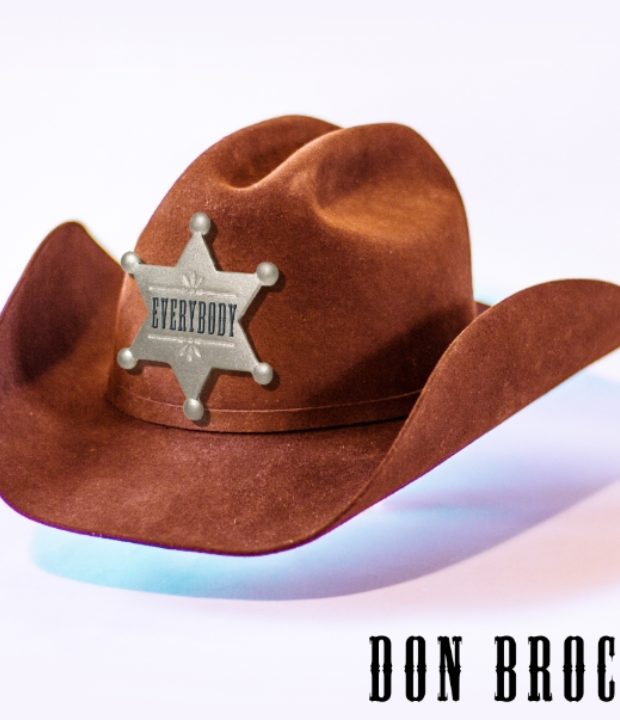 British rockers Don Broco have unveiled their explosive new single ‘Everybody’ ahead of their 20-date UK headline tour this summer, which has now completely sold out. This follows the recent announcement of their signing to one of America’s top independent record labels SharpTone Records.

Bursting with punchy bass lines and hard-hitting guitar riffs, this rock-fuelled anthem is an exciting insight into the future of Don Broco. Drawing on the usual elements of pop, funk, dance, rock and 1980s New Romanticism that make up Don Broco’s sound, the explicit lyrics, aggressive guitars and forceful vocals from lead singer Rob Damiani bring a powerful edge to the track that will ignite the dancefloor at rock clubs everywhere.

The single is accompanied by one of the weirdest, most disturbing and entertainingly tongue-in-cheek videos you’ll watch this year. Filmed in the rural American heartlands near Atlanta, Georgia it’s just your average, everyday tale of kidnapping, cowboys, dance routines, murder, resurrection, possession and the FBI. You’ve never seen anything quite like it…

‘Everybody’ is the first taste of new music from the Bedfordshire quartet since the release of their second album Automatic which charted at number 6 in the Official Album Chart last summer, and includes the acclaimed singles ‘Automatic’, ‘Superlove’ and ‘Nerve’. It also saw them sell-out an impressive run of UK shows last December, including a packed-to-the-rafters show at the iconic Brixton Academy, their biggest headline show to date.

So far this year Don Broco have supported both hardcore titans Bring Me The Horizon in Europe and Australian pop-rockers 5 Seconds Of Summer in the UK and EU, as well as appearing at this year’s Download festival.

Next month they are playing a very special 20-date UK headline tour, where they will be calling at 10 cities across the country, playing consecutive nights performing debut album Priorities in full on the first night and Automatic on the second night. They will be supported on all dates by hotly-tipped newcomers MassMatiks.

The band then head out on a 14 date European tour in October playing shows in Spain, Italy, Switzerland, Germany, Belgium, France and Holland, with their second night in Amsterdam already sold out.

Undoubtedly one of the most exciting British bands of the moment, Don Broco have now signed worldwide with the leading American independent record label SharpTone Records.