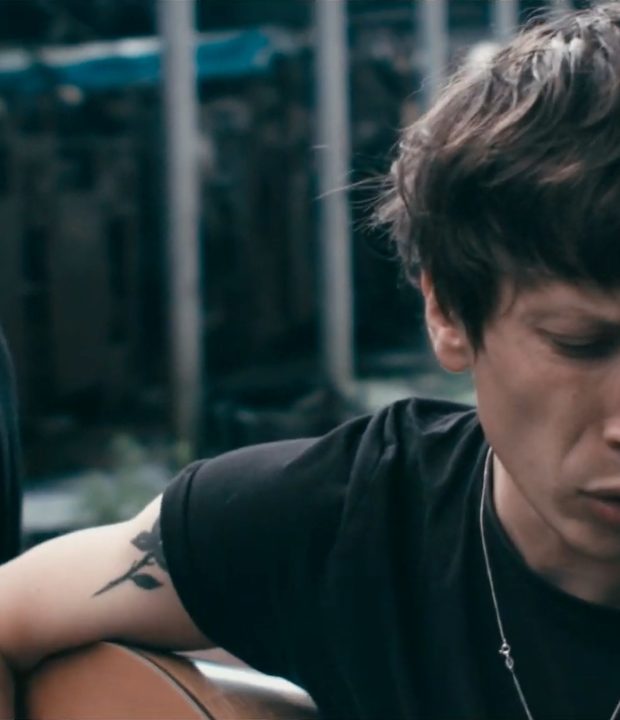 October Drift have shared the haunting acoustic version of their latest single, ‘Losing My Touch’, as well as announcing a further five dates for their upcoming UK headline tour in September and October.

Stripping the track’s immersive soundscapes back to the emotive simplicity of one acoustic guitar, the version accentuates the track’s poignant and affecting lyricism, evoking a raw and unadulterated sense of intense atmosphere.

Lead singer Kiran comments:“I think you can judge a song on whether it holds its own when stripped back to just vocals and a guitar. We like to play around with our songs and try different versions, you get to understand the core of the song better. We filmed and recorded it ourselves at an old abandoned mill by my parent’s house which I’ve always wanted to use as a location for a video. It was a nightmare getting in there and I’m pretty sure we swallowed a load of asbestos in the process.”

The band have also announced the addition of five extra dates to their UK headline tour later in the year. In addition to the dates already announced, the band will play shows in London, Glasgow, Huddersfield, Sheffield and Coventry. Full dates can be found below.