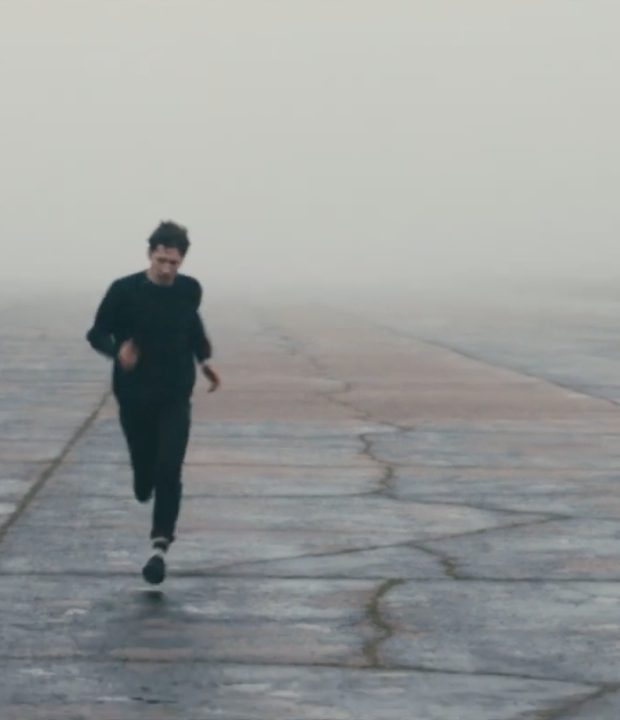 October Drift have shared the video for their new single, ‘Oh the Silence’, the latest track to be taken from their debut album, Forever Whatever, out now via Physical Education Records.

The video is powerfully intense and intimate, with a continuous shot of singer Kiran running along an abandoned runway accompanying the track, highlighting its vital energy and emotion. It premiered with CLASH, who said: “direct and affecting, it drills home the band's emotive lyricism, and their nuanced songwriting.”

“Again we were thrown out of our comfort zone by making our own video”,explains Kiran. “We got hold of an electric hoverboard thing and headed up to an airfield at the crack of dawn. I tried to master the hoverboard while following Dan filming out the back of the van. After about 10 failed takes, never making it through the track without falling off the hoverboard, we tried a take just running after the van. This was the result.”

The track is the latest to be taken from their newly released debut album, Forever Whatever. Opening with the powerfully fragile ‘Losing My Touch’, an ode to optimism in the face of inadequacy, the album explores themes of loneliness, fear and ultimate positivity over ten tracks of sonic exploration and emotional catharsis.

One of the most electrifying, charismatic and formidable live acts of the past two years, they have appeared at festivals including Glastonbury’s John Peel stage, Reading & Leeds and The Great Escape, as well as a major European tour with Editors in 2018 and a slot at Liverpool’s Sound City.

The band are currently on a UK headline tour, with shows still to come in Glasgow, Norwich, Southampton, Brighton and London, following sold out dates in Bristol and Birmingham. Full dates can be found below.